This is Stacey's Story 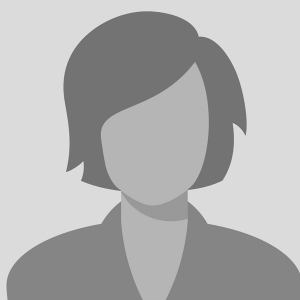 I raised my 3 children as a single mom, working multiple jobs to make ends meet until the age of 30 when I realized that to be able to afford the lifestyle that I wanted for my kids I would have to get an education.  I started college at IPFW and continued to take classes for the next 17 years.  At the end I had a Bachelors in Business/Economics and two masters degrees – Masters in Business Administration (MBA) and Masters in Public Affairs (MPA).

Ironically, the day after I finished my last presentation in my last degree program (MPA), my youngest child, my 22 year old son was shot and killed in a drug rip behind State Bar and Grill in Fort Wayne, Indiana.  One of the children I was hoping to provide a better life for by getting an education was taken from me before we could really reap the rewards that education would eventually bring.  Prior to this, I was not apathetic to the crime and violence in our community, I just didn’t know.  I believed that when crime and violence happened in our community, the bad guys were caught quickly and punished as required under the law.  Little did I know that was not the case.  It didn’t take long for me to figure out that crimes are not solved in Fort Wayne, Indiana the way it is depicted on TV.  I was lost, angry and traumatized by the murder of my son but still had to find a way to get justice and not let his death be in vain.

I didn’t know how to navigate the system and had to learn how to make them do what needed to be done.  I began reaching out to other families of murder victims in our community and found that the way I was feeling was the way most of them were feeling – I found out that I wasn’t alone!  I started to form a network of these families which was the beginning of JAVA.  With Amy Davis at my side, who also lost her beloved nephew to murder, we decided that we needed a voice in our community and a way to help other families navigate the criminal justice system.  The very things that we had learned the hard way we wanted to give to other grieving families in order that they wouldn’t have as many struggles in getting justice as we had encountered.

It took almost two years to get an arrest in my son’s murder, and almost three years to the day to get justice, but it came.  It was hard fought and well deserved and it came.  Although it brought little relief to my broken heart, it did give hope to other families fighting for justice which led me to head up the JAVA SNAFU committee.  This committee works with families that are going through the prosecution of their loved one’s killer as well as those families who have had snafu’s in their prosecutions.  This committee also supports families after prosecution is over to figure out the answer to the inevitable question of “what’s next?”, as we have found that many families want to find a legacy for their loved one, a way to keep their loved one’s name alive and to also do good things for their community in their loved one’s name.