This is PATTY's Story 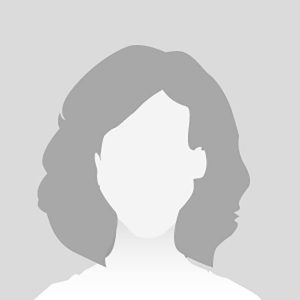 BOARD OF DIRECTORS CO-CHAIR OF JAIL INJUSTICES

I am a 63 year old retired hairdresser. I have been married to my husband Dan for 45 years. Together, we have 3 sons, Zach (in heaven), Lucas (Natalie) & Peter(Kelli). We also have  5 grandchildren that I love to the moon & back. Danny & I lived in our small hometown of Monroeville until recently when we moved to the country, near Poe,In. I was the proud owner of a hair salon in Monroeville for 43 wonderful years. We attend the Catholic church & our boys went to the Catholic grade school in Monroeville. We had such a good, “normal” life just going to work, attending church every Sunday and supporting our boys at all their sporting events. When Zach was 15 years old things started to change with him and we knew he needed some help. We reached out to mental health professionals for support. It was then that he was diagnosed with bipolar disorder. At 16, Zach and 2 other youths broke into some houses. Guns were stolen from one of the homes. Our son didn’t have a history, he had never been in trouble with the law. Surprisingly, and against a unanimous decision from the juvenile probation board, a judge waived him into adult court. Everyone was in disbelief. That’s the point where we, as parents, lost all rights and communication with his probation officer and other officials. He was an adult in the eyes of the courts. This was our first exposure to the brokenness of the system. Subsequently, we had a 2 hour meeting with Judge Charles Pratt to discuss the major gaps. Essentially, we were trying to open eyes as far back as 25 years ago. In recent years because of Zach’s drug addiction, which happens with many people battling the scourge of bipolar disorder, we’ve become extremely familiar with the Allen County Jail. Particularly with the lack of medical care given there. Jail officials hid behind HIPAA laws to avoid speaking to us about Zach’s health care. At one point our son had a critical illness, Osteomylitis, which they would not discuss with us so I was forced to contact the infectious disease doctor to pressure the jail to give him life sustaining meds. He did recover but only because of the persistence of the doctor and I. Our son’s life ended on Sept. 20, 2018, according to his death certificate. However, it’s more likely he died on Sept.19, just hours after being released from the Allen County Jail. His body was found face down in the fountain at Freimann Square. Prior to this, he had a 32 day stay at the jail, where he wrote letters to us describing the abuse – he was beaten by a correction officer and placed in solitary confinement with no visitors. For this reason, we weren’t able to see or talk to him. Request forms prove he asked, on day 3, to see the psychiatrist for his bipolar meds but there’s proof he didn’t get those meds until the 29th day of his confinement. Zach’s death was ruled ‘Undetermined’ by the coroner. We may never know for sure how or why Zach died but what we do know is that the Allen County Jail gave him less than humane treatment. We are quite sure the same thing is happening to many others. As a result, I became a member of JAVA & I am now the co-chair of Jail Accountability & Reform (JAR) committee. JAVA reached out to me at the worst time of my life. Members of JAVA have been touched by loss in various situations in their lives. I hope to always be there to help anyone I can in any way that I can. I love my JAVA family.